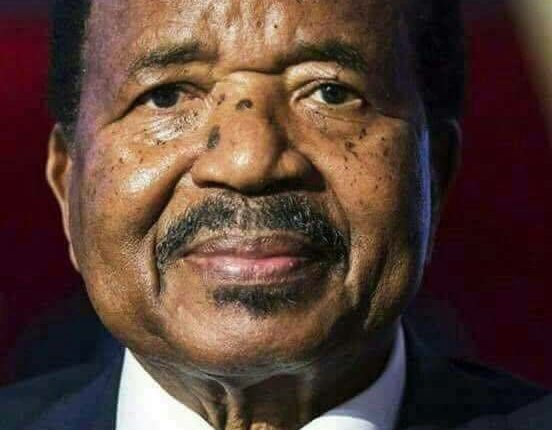 Fred Muvuny: It’s high time for the West to reconsider its relationship with Biya

Fred Muvuny: It’s high time for the West to reconsider its relationship with Biya — or at least to hold him accountable for the atrocities committed under his rule.If Biya, as expected, remains in office for the coming seven years, it is highly likely that the country will slide into a terrible civil war — one of which the world will take notice only when nobody is left to save.

An American missionary was shot dead on Tuesday in Cameroon during clashes between the separatists and government soldiers. Charles Wesco, 44, was traveling with his wife, son and a driver when they came under fire.

More than 400 civilians have already died in the conflict between the country’s French-speaking majority and its English-speaking minority. But perhaps the tragic death of a Westerner — one who had devoted his life to helping Cameroon — will now prompt the United States and Europe to stop looking away.

President Paul Biya, in power for 36 years, is set to be sworn in next week for another seven-year term after claiming victory Oct. 7 in elections marred by allegations of fraud. Despite ample evidence of vote tampering and insecurity on election day, Washington was quick to congratulate the people of Cameroon on what it called a “largely peaceful elections.”

Cameroonians, who have long been yearning for peace, can hardly be blamed for regarding that statement as a mockery. Most of them, not only the English-speakers who are fighting desperately for independence, had hoped that Biya would leave the palace. Those hopes are now dashed.

I spent voting day in Buea, the capital of the southwest Anglophone region. I didn’t see a single person voting after midday — apart from the governor, who showed with a bodyguard of heavily armed soldiers. Most of the locals stayed indoors for their safety. In this region, where people have taken up hunting guns to fight his regime, Biya shamelessly claimed he won the majority of votes. Villages around Buea are entirely deserted — people are living in the forests, from fear of the president’s soldiers. Some 500,000have been displaced by the fighting. I could hear gunfire before, during and after the election. More than a dozen people died in the Anglophone areas in the course of 24 hours. How could Washington give this farce a clean bill of health?

After the voting had closed, African Union observers said the ballot went well — despite the fact they couldn’t send any of their team to the far North, where the Boko Haram insurgency is wreaking havoc, or in the English-speaking regions, where the secessionists are fighting the regime. The AU verdict was not entirely surprising, because it routinely approves flawed elections; the U.S. statement in support of Biya was, however, a disaster.

If Biya, as expected, remains in office for the coming seven years, it is highly likely that the country will slide into a terrible civil war — one of which the world will take notice only when nobody is left to save. The worsening crisis is largely the result of the Biya regime’s refusal to address the grievances of the country’s English-speaking minority, who have long suffered from systematic discrimination. In silencing them, soldiers have killed about 4,000 Anglophone civilians, according to the Center for Human Rights and Democracy in Africa, a nongovernmental organization based in Buea.

Decaying bodies lie scattered on the streets of the capital. Sources tell me that hospital mortuaries in the city of Bamenda in the northwest are full, no place left for fresh bodies. The sights triggered memories of my own experience of Rwanda’s genocide against the Tutsis in 1994. The comparison is more apt than it might seem at first sight. France, Biya’s leading supporter in the West, is repeating the same mistakes it committed in Rwanda.

The killing of Anglophone Cameroonians is not only the problem that confronts the country. Corruption is also ubiquitous. Though I had valid documents to travel and work in Cameroon, I had to pay money to be allowed to pass through every police and military checkpoint. Even at the international airport in Douala, staffers there extort money from passengers. This is not fiction. It’s my personal experience.

Bribes are common in many African countries, but Cameroon has reached another level. The anti-corruption organization Transparency International ranks Cameroon among the most corrupt nations in the world, having it tied for the 153rd spot out of 180 countries.

Biya remains unconcerned. He has spent at least four and a half years in total on private trips in the 36 years he has been president, according to research conducted by the Organized Crime and Corruption Reporting Project. He has made himself at home in Geneva’s five-star Intercontinental Hotel, spending an estimated $65 million on stays there since he came to power. Back home, most Cameroonians are struggling to make ends meet, and war-displaced women and children have no place to sleep. Meanwhile, critics are killed or locked away in maximum-security prisons; many others have gone in exile.

It’s high time for the West to reconsider its relationship with Biya — or at least to hold him accountable for the atrocities committed under his rule. Cameroonians, both English and French speakers, should stand up for their country and remove the leaders who are tearing them apart. Thirty-six years of pain is too much to endure. And they have nothing left to lose.

Fred Muvunyi, a former chairman of the Rwanda Media Commission, is an editor at Deutsche Welle, Germany’s international broadcaster.