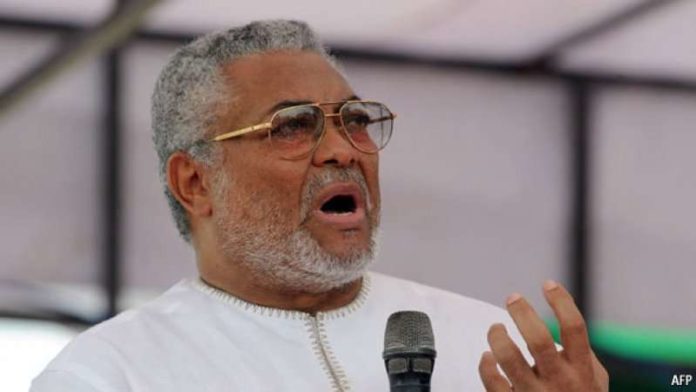 President Jerry John Rawlings: WHY IS THE WORLD SILENT OVER SOUTH CAMEROONS?

Why is the world silent over Anglophone Cameroon while men, women and children are killed in the most gruesome manner – shot, hacked, sometimes burnt alive in their homes just because they seek equality?
Why will Facebook, Twitter and other social media platforms not allow some of these shocking videos and photos to be posted for the world to see how some of our African compatriots are being brutalized? Why does France and the rest of the world look the other way when it suits their selfish interests?

How many more are going to die in the quest for parity in South Cameroons?

What’s happening to CNN, Aljazeera, BBC et al that they cannot keep an eye on what is going on? Or when they do, it is so downplayed and underreported as the BBC did a couple of days ago (when 22 people including children were burnt to death) it lacks the seriousness and detail necessary to prick the international conscience.
How can the US, the UK and their Western allies watch Macron’s beast do this to English speaking Cameroonians? Considering that France is on the ground with its own troops in Mali, what prevents Macron from stopping this brutality, this atrocity in Cameroon? Should it surprise Europeans why Africans would risk their lives to escape being hacked shot or trapped and burnt alive from their colonies?

What about the African Union? If we are so powerless to act, can’t we at the very least condemn this mindless savagery by President Paul Biya? How can we live with the thought of human beings being surrounded with guns and lighted up to burn, roasted alive? Why?
The time has come to put an end to this modern day barbarism. Enough of paying lip service to the South Cameroons problem. All people and countries of conscience must rise up and seek an urgent intervention to stop the mayhem! –

Why a limited government is important for Cameroon

The next outbreak? We’re not ready : They didn’t listen to Bill Gates. Everyone ignored this man.