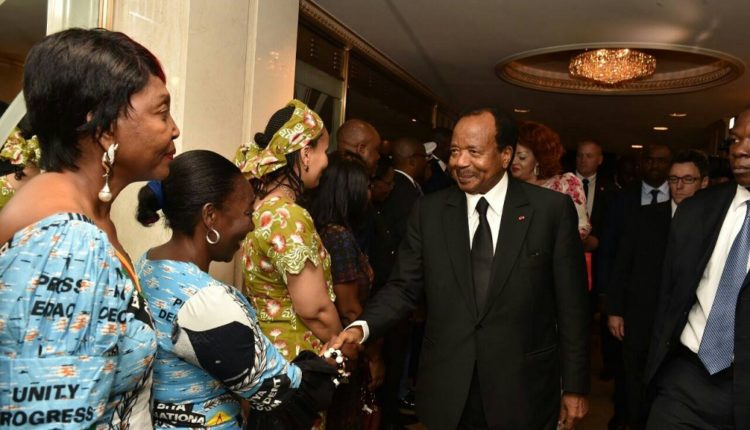 Truth be told, I pity President Paul Biya. Even though he shares much of the blame for the escalation of the Anglophone crisis, which now appears intractable, he has all along been depending on information about Anglophones from the so-called Anglophone elite, who, like the true mendicants they have proved to be, occupy the reserve rungs amongst the Knights of the Round-table.

These spurious elite have refused to give their hero a true picture of the despicable mire in which the majority of Anglophones are writhing. And this has been understandable: animated by uncanny greed and addictive malevolence, they have sought, over the years, to reserve all the crumbs falling off from the high table for their sickly and bloated tummies.
They have told their mentor, fickly, that “their people” are hale and hearty, and that even if they are not, they (the pseudo elite) always have the magic wand to actuate them to thrive and joy in their pain.
The paupers who call themselves Anglophone elite are not alone in cooking up this chicane of an agenda for the President. The Francophone elite – their masters – who surround Biya as well, also provide ingredients to increase the flavour of the deceptive broth. Their case even seems to be worse because they, like their predecessors, have always seen Anglophones in the light of rancour brewers.
All of which has only helped to frustrate President Biya who is now seeing quite a different picture dangling before his eyes. An ugly, invidious picture, so to speak. The people whom his acolytes had claimed could sleep noiselessly for years on end are now unleashing thunderous snores which doubtlessly rattle the President, disturbing his own sleep!
Thus, in his insomnia, Biya is alone, all alone! He can’t really trust any of these rapacious liars around him anymore!

It is high time the President gave profound thought to the current imbroglio and made landmark decisions that would satisfy the two peoples who make up our present Republic. It also behoves President Biya to give no second thought to discarding all those veneered hoodlums, Anglophones and Francophones alike, who have misled him on the situation of Anglophones in Cameroon. Otherwise, the arrow that has just left the bow may end up piercing even the President himself.