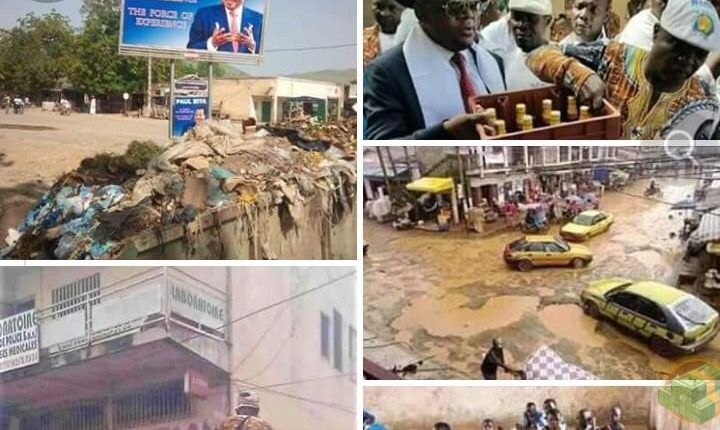 Today, we at the Nkafu Policy Institute, are pleased to release a scientific, nationwide opinion poll of adult Cameroonians on the state of the economy, perceptions on governance and the democratic process, and voter preferences for the 9 presidential candidates.

Not surprising, the incumbent president, Paul Biya, is deeply unpopular after 36 years in power, managing only 29.82% percent of support. Three opposition candidates stand out with the young 38-year Cabral Libii among the group with 11.24 percent. The other top two candidates being Mr. Maurice Kamto (12.65 percent) of the Cameroon Renaissance Movement and Mr. Joshua Osih (13.10 percent) of the Social Democratic Front. The top three candidates were all within the margin of error. Mr. Libii’s is mostly supported among Francophone youths where he commands 19.37 percent support among those less than 35 years old. The biggest surprise is the very poor showing from Mr. Akere Muna, with a support of only 2.12 percent. It is very clear today that if Cameroon’s opposition parties are seriously interested in winning the single-round presidential elections scheduled for October 7, 2018, coalescing between Mr. Libii, Mr. Kamto and Mr. Osih, or only two of the three would greatly increase their chances. One must be worried as 49.65 percent of Cameroonians are concerned of the risk of post-electoral violence.

This survey, in very simplistic terms, shows a society in deep decay, with no sense of direction and very little agreement on the most basic processes. There is great concern that at the current pace the growing tensions between communities and various political actors may degenerate into popular uprisings as societal norms continue to be eroded. There is great need, in the lead up to this presidential election, for a stronger involvement of the international community. It would be deeply unfortunate should the October 7 presidential elections further plunge the country deeper in crises. Strong actions must be taken to avert this real possibility. There is great yearning for a new consensus among Cameroonians, for a new beginning.
Lire aussi:   Arielle Kitio Tsamo honorée par le prix de la femme digitale de l’année.

“Southern Cameroons had been sufficiently educated and prepared to graduate into full independence on October 1, 1961,”…