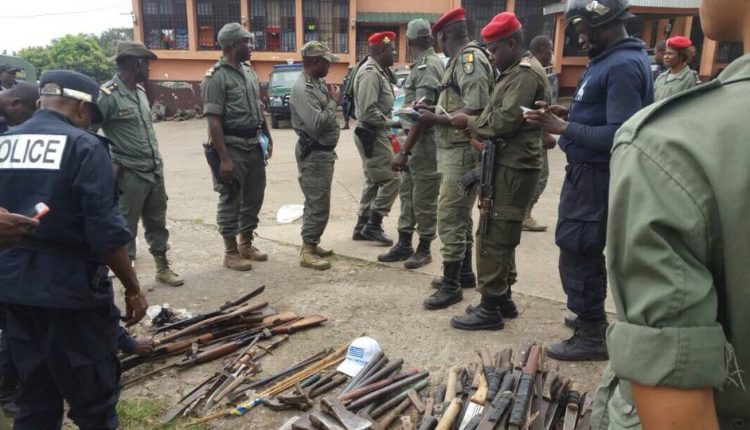 Two gendarmes, one soldier and a civilian were killed on Thursday in separate incidents in the North West region of Cameroon roiled by separatist violence, three days after dozens of activists were extradited from neighbouring Nigeria, sources said.
“Armed separatists this morning attacked a checkpoint” in the village of Bingo, in the country’s Northwest Region, according to a source familiar with military activity in the area.

“Two wounded gendarmes were taken to hospital, where they died of their injuries, while the soldier was shot dead in Nkwen” the source said.

In Bamenda, suspects riding a motorcycle also shot dead an officer, a government spokesperson told AFP. A civilian also died after being shot by soldiers during an operation in the nearby city of Santa, sources said.

The violence marked the first casualties among the security forces in the troubled region since Nigeria extradited 47 separatists on Monday, including their self-proclaimed president, Sisiku Ayuk Tabe.

“There is an escalation of violence, undoubtedly,” said Minister of Communication Issa Tchiroma Bakary, citing “a campaign on social networks where they (separatists) invite people to resist and kill.”

“These calls can have an amplifying effect of violence,” he said.

The separatists previously warned the extradition of the 47 from Nigeria to Cameroon would lead to an escalation.

“The abduction (of Ayuk Tabe) is throwing petrol on the flames of the revolution,” Chris Anu, a member of the self-described “government”, told AFP.

The UN refugee agency (UNHCR) on Thursday criticised Nigeria for breaching international agreements over the extraditions, saying “their forcible return is in violation of the principle of non-refoulement”.

Also read: News of Ambazonia leaders’ extradition to Cameroon throws South West Region in mourning
Non-refoulement, a French term, is the practice of not forcing refugees or asylum-seekers to go back to a country where they could be persecuted.