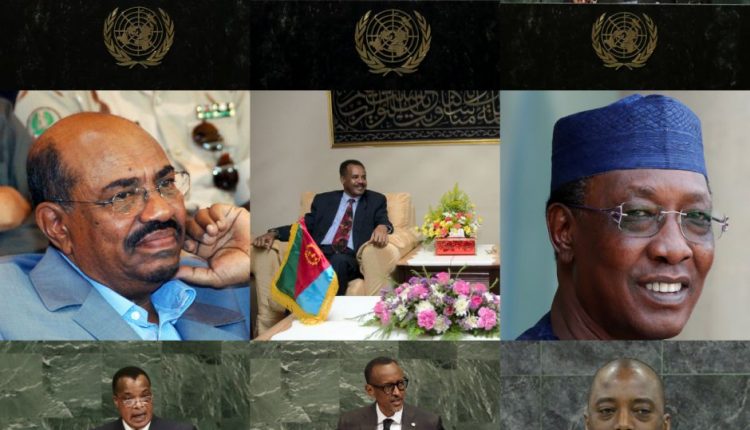 2017 has been a tough year for Africa’s strongmen

2017 has been a tough year for Africa’s strongmen: Yahya Jammeh was kicked out, José Eduardo dos Santos stepped down, and Robert Mugabe was pushed off. And there’s still six weeks to go.
The only leader independent Zimbabwe has ever known, Robert Mugabe resigned on Tuesday, Nov. 21, forced out by a bloodless coup after 37 years. A few months earlier in August, Angolan president José Eduardo dos Santos decided not to stand for re-election as party president, and de facto state president after 38 years. In January, Gambian leader Yahya Jammeh eventually relinquished control and moved out of the presidential palace after losing a December election. He’d been in power for 22 years.
Their respective departures changed Africa’s political landscape and collectively sends a message to the citizens living under other strongmen and longtime leaders, that change is possible. 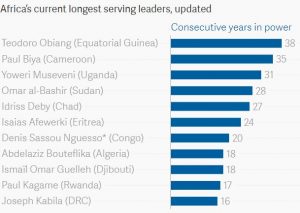 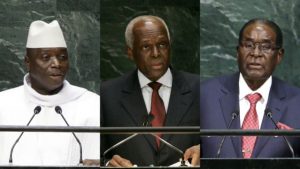 2017 has been a tough year for Africa’s strongmen