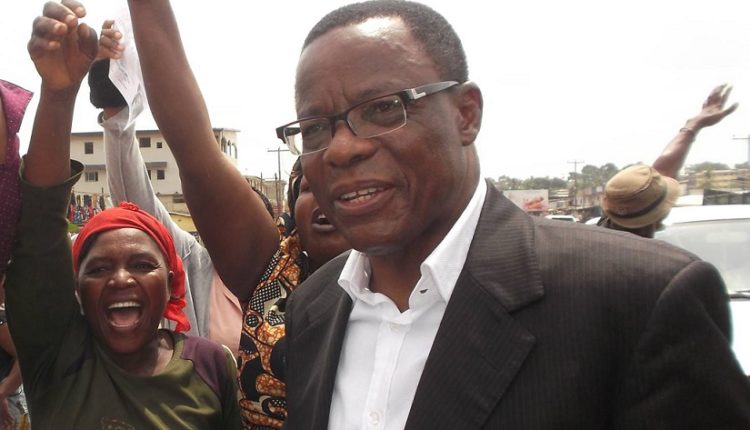 All these lost or broken lives could have been saved and the threat of the unity of the country avoided if the Government had not decided to let the situation become worse by rejecting a constructive dialogue with the Anglophone leaders. The CRM condemns this irresponsible attitude and holds the Government accountable for both registered deads and the serious threat on the unity of Cameroon.

The CRM requests that an independent inquiry be put up, to establish the political and operational responsibilities; the exact number of victims and to clarify cases of persons missing in the recent tragedy in the northwest and southwest regions.

Until the eve of October 1, 2017, the CRM had implored the Government to do everything possible to avoid a confrontation between security and defense forces on the one hand and populations on the other. Observing that after an untimely travel to New York, President BIYA had deserted his people, just a few days to the fateful October 1st 2017, despite the insecurity that was eminent in the country. The CRM suggested to the Presidents of the Senate and the National Assembly to form a PARLIAMENTARY PEACE DELEGATION to urgently go and meet our anglophone compatriots.. The purpose of such a Delegation would have then been to prepare the ground for a sincere dialogue to find solutions to the deep causes of the legitimate political claims by Anglophones.

Unfortunately, this latest proposition by the CRM was not accepted. It should be recalled that at the outbreak of the crisis, our party the CRM, which had quickly understood the magnitude of the crisis and the risks involved, had recommended a sincere and inclusive national dialogue in which the root causes – and not just consequences – of the anglophone problems would be dealt with in all aspects. But the arrogant and privileged few of the Regime laughed at us, thinking that only force and repression were the adequate response to the frustrations and political demands of the populations of the northwest and southwest regions.

Besides the rejection of the CRM’s relentless call for a political dialogue, a secret cabinet was set up urgently, that carried out a support to the smoky rumour that, I was planning to use the frustrations of the Anglophones to overthrow the Regime in a popular revolt. This ridiculous rumour is gone as it came.

As usual, the Regime preferred confrontation to dialogue. Moreover, it has instrumentalised certain “media” to distill hatred and divisions among Cameroonians. Thus, with the regime orders, those who prone dialogue were demonized and presented as enemies of the fatherland. And, some overzealous officials of the regime have embarked on the preparation of confrontation that they thought appropriate. Their focus being the extreme minority Anglophones who were tagged secessionists, rather than paying attention to their political claims as expressed by the vast majority of Anglophone populations, who are simply requesting to be considered as part of the Republic.

Later on, the regime’s war-lords have finally understood that the only and only way to a lasting solution to this problem, which undermines our common destiny as a nation, is DIALOGUE. It is indispensable, inevitable, and unavoidable. But the government and his acolytes who have being postponing this dialogue, only to unnecessarily shed the blood of Anglophone Cameroonians, will be accountable to the nation and to history.

It now seems that we have all unanimously realised that political dialogue is the sole option. But, the CRM notices that the current government is now unable to resolve this crisis. The President of the Republic has deserted, members of his Government have been discredited by the people and the Parliament is equally powerless.

It is therefore time for the Supreme Court-Constitutional Council to declare the vacancy of power in order to allow the country to renew its leaders and to set up new institutions capable of resolving the crisis and to deal with the many problems and challenges facing the country.