The « Cameroon Diaspora Forum held in Paris from the 13th to the 15th October 2017 on the theme «  Strategies and organisation of the diaspora  for lasting and meaningful change in Cameroon ». Delegates from France, Côte d’Ivoire, Belgium, United states, Germany, England, Canada, gathered around guest speakers from Cameroon such as Mr. Elimbi LOBE, Cabral LIBII, renowned opinion leaders and with the distinguished participation of Dr Christopher FOMUNYOH, held franc and fraternal debates on: – The ‘‘anglophone crisis’’ – The Cameroonian electoral process in general and the 2018 elections in particular – Contributions of the diaspora to an alternative and durable change in Cameroun.

The Cameroonian Patriotic Diaspora Forum considered problems of common interest and concern to all Cameroonians and discussed ways and means by which their people could achieve fuller economic, cultural and political freedoms. Participants recognised the urgency of promoting peace and equality amongst all peoples of Cameroon on the basis of mutual interest and respect. 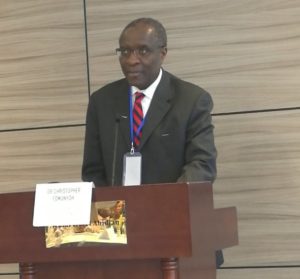 Considering the present socio-political context in the country and specifically with regards to the ‘‘anglophone crisis’’, the patriotic Cameroun diaspora forum:

1. Expresses its unwavering support with the populations of the North-West and South-west regions, in their fight for a better Cameroon and for the resolution of the problems which they have been posing for several decades.
2. Denounces all the killings, arbitrary arrests and all the other forms of brutality against peaceful protesters

3. Calls for the unconditional and immediate release of all persons arrested during this crisis.
4. Calls on the Cameroon government to take immediate steps in convening an all-inclusive national conference for genuine dialogue with all socio-political actors to address the root causes of the anglophone problem, and review all other constitutional issues.
5. Calls on all Cameroonians in the diaspora to organize any kind of democratic action on October 21st, 2017, in support of the northwest and southwest suppressed populations.

An interim follow-up committee has been set up with a well-defined mission to monitor the implementation of agreed objectives. This is to make the contribution of the diaspora to lasting change in Cameroon more efficient.
All resolutions on this topic will be published in best delays. 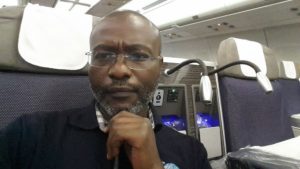 We the Cameroonian Diaspora meeting today 15th October 2017 in Paris, France under the canopy of the Cameroon Patriotic Diaspora Forum deliberated amongst other things, the Anglophone Crisis and agreed as follows:

Bearing in mind the historical relationship between the two former East and West CameroonsAcknowledging the existence of “an Anglophone” problem in the context of the republic of CameroonAlarmed with the level of violence and injustice being perpetuated against the brothers and sisters on the West of the Mungo,Aggrieved with the indiscriminate killings reported in the North West and South West regions by the supposed forces of law and orderConscious of the people of West Cameroons’ desire to be a free people Determined to build a just nation built on the rule of law and in which citizens are free to express their opinions without fear of reprisal.
1. Reminds the Cameroon government that the right to freedom of peaceful assembly and protest is a human right, and is one of the foundations of a democratic society

2. Condemn vehemently and in the strongest possible terms the excessive use of force against peaceful and unarmed civilians in the North and South West regions

3. Call on the Cameroon government to immediately take responsibility and disburse funds to assist all victims still hospitalised or receiving treatment as a result of injuries sustained during this crisis and compensate families of our fallen heroes

4. Call on the international community (the United Nations, The European Union and the African Union) to lead the request for an independent and non-biased investigations of the massacre committed in the two North West and the South West regions of Cameroon on the 22nd of September and 1st October 2010.

5. Call for the unconditional and immediate release of all those arrested during this crisis, and grant an unconditional amnesty to all the Anglophone leaders on exile as a result of the current crisis

7. Call on the Cameroon government to take immediate steps to convene an all-inclusive national conference and genuine dialogue

8. Condemn all sorts of violence as a means to resolve the Anglophone crisis

9. Condemn and call for the immediate resignation of Governor Okala Bilai of the South West region, for his use of deregulatory words against the people of the region he is appointed to govern

10. Call for a special investigation on the alleged role of the Mayor of Buea, Mr Patrick Ekema for his role in the violence and brutality exerted on the people of the South West province

11. Call for immediate and exemplary sanctions on all persons who have publicly through the media used demeaning language to describe populations of the NW and SW regions.

12. Call on the Cameroon government to take concrete steps to criminalise all forms of stigmatisation being it verbal or written

13. Vehemently condemn the intimidation and dictatorial tendency and language being used by some government officials to suppress the free debate of the Anglophone crisis on public media platforms (Mr Issa Tchiroma,  Fame Ndongo, Laurent Esso etc)

14. Request for a joint special meeting between members of the Francophone and Anglophone communities in the diaspora

15. Agree and recommend the raising of funds specifically by the Francophone diaspora to support victims of brutality meted on them by the forces of law and order

16. Call for the mobilisation of all the Cameroonian diaspora, (especially the Francophone community) to plan a march in solidarity of the brothers and sisters of the West of the Mungo,

17. Call on all the opposition leaders, their members and the rest of the public in Cameroon to mobilise and join the match planned in Douala for the 21st October 2017 in show of solidarity with the Anglophone community .