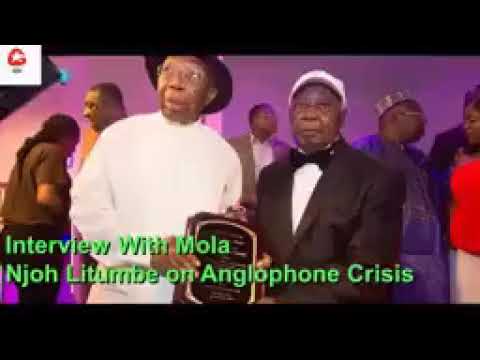 “Southern Cameroons had been sufficiently educated and prepared to graduate into full independence on October 1, 1961, but power was never handed over to them; instead, the British surreptitiously handed over the instrument of power over British Southern Cameroons overnight to President Ahmadou Ahidjo as a colonial territory to add to their own territory,” Mola Njoh explained.

He expressed regrets that, at the level of the UN, each time this matter comes up at the General Secretariat, some individuals with vested interest tend to gate-keep and prevent it from reaching the Secretary General.

“I told the Political Affairs Department in the UN that, to solve this issue, they need to invite La Republique du Cameroun and Southern Cameroons to the UN to get into an agreement, which will be put into writing, such that both parties come together as equal partners and that if both parties cannot agree, then, let them go their separate ways, because, what we have now is akin to an “Akwara” or “Njomba” kind of arrangement,” he maintained.

On the way forward for Southern Cameroons after the notorious September 22 and October 1 incidences, he said the only answer is independence.

“My position now, in the light of the massacre of Southern Cameroonians, is that La Republique has crossed the red line, so, we should proceed to have our own State.

We can have a Government in exile. Since La Republique is not opting for dialogue, they prefer to brutally kill our people in their numbers, it shows that they regard us as something less than a dog,” Mola Njoh insisted.