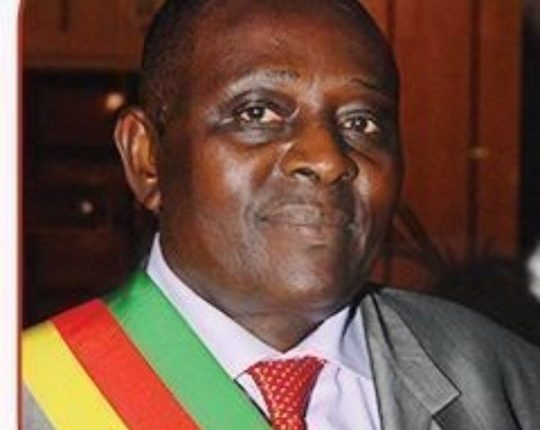 Like most of you brothers and sisters, I worke up this morning to this sad and dreadful piece of information. Hon. Joseph Mbah Ndam (or Joe, as I fondly called him, given we were on first name basis) was a brother, friend and classmate.

Some of you may remember how close Joe and I were back in the 1970s, when we worked hard to revive what was then the all inclusive Moghamo Students & Teachers Association. We ran the Association very effectively, Joe as Secretary-General and I as President. We crisscrossed the 22 villages of Moghamo leading community cleaning and development projects such as carrying out road repairs on the Moghamo section of the Mamfe – Bamenda road which wasn’t tarred at the time, cleaning the Ashong market or the Oshum palace, etc. We even engaged in several reconciliation initiatives among some of the Moghamo elites at the time; and, of course, organized wonderful annual ‘student meetings’ and ballroom dances. We were a formidable team, thanks in large part to Joe’s hardwork, courage, trustworthiness and leadership. To Joe, leadership came naturally – after all, he had been a school prefect in his Alma mater, Government Grammar School, Mamfe!

Joe and I were classmates for four years in the Faculty of Law and Economics of the University of Yaoundé – the only two Law students from our subdivision in our batch. So we bonded as true brothers would. I still remember when we received our scholarships after many months of hardship in Yaoundé, we matched in log step to an Indian shop in downtown Yaoundé and purchased two identical transistor ‘radio cassettes’ (as they were called at the time) for ourselves! I was deeply impressed that upon graduation, Joe would seek a ‘Doctorat de 3e Cycle’ which he pursued at the same time as his pupillage for legal practice with one of the most renowned Law Firms in Yaoundé. That came as no surprise to those of us who knew Joe for his hardwork and thirst for knowledge, despite being already a ‘brain box’ by birth. Joe loved private practice, all with the wig and gown.

I was already out of the country when Joe started his political career in the SDF, but I remember meeting Joe in Douala in 1992, at the jam-packed SDF convention hall in preparation for the presidential election of that year. Seeing Joe in his traditional garb alI with bag to match, I understood Joe had put his heart and soul into that party and what it stood for.

Over the years and decades, and watching from afar, I could see Joe was giving it his best and his all. We would compare notes and exchange conversations occasionally every time I was home and our schedules allowed. Fortunately for us both, and perhaps in testament to the excellent times of our youth, our respective personal politics and aspirations never got in the way of our mutual respect and brotherly feelings. As the years went by, it began to show that the shrinking political space in Cameroon was having a toll on his physic as would happen to everyone that cared about the rule of law and the future.

Growing up, I knew that as courteous as Joe was, he also would spoil for a good political fight, confident that even if he lost a round, he would live to fight another day. Unfortunately, the cold hands of death sneaked upon us this rainy Monday morning, and our dear brother Joe is gone too soon.

Go in peace brother, and may your soul rest in perfect peace. Our thoughts and prayers are with the rest of the Mbah Ndam family at home and abroad.