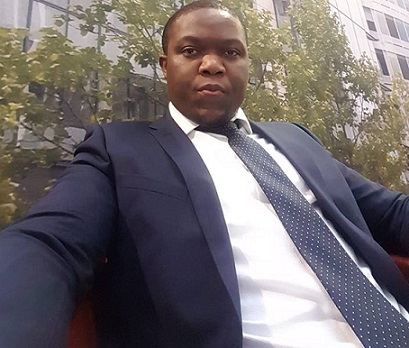 If this regime knew how many people they were radicalising on daily basis by their senseless actions, and how many moderates they were converting to hardliners, then they would sit back and rethink.

Their coverted plot to depopulate the Southern Cameroons of its Abo Original Sourthern Cameroonians in an attempt to shift the balance in the event of any future referendum has been exposed, thus voiding hopes of any such referendum.

A top Lrc military insider has confirmed what we have been reporting for long now; i.e the intent behind the indiscriminate killings and scorched-earth policy that has seen close to 200 villages razed to the ground, suspected use of chemical weapons and other heinous crimes.

According to the military official who is French speaking (but who is not in support of the regime’s approach in handling this conflict), the indiscriminate killings and scorched-earth policy was initially intented to instill fear amongst the civilian population in the hope that they will turn against the separstist fighters.

But when they realised that was not working, and that the population was resilient, the regime then revised its intended outcome from instilling fear in the civilian population to a complete depopulation of the territory in order to offset the balance in the event of any future elections aimed at determining the status of the Southern Cameroons terrritory. This was intensified as the international community started taking more interest in the conflict.

The policy that has led to more than one million internally displaced persons (IDPs) and about 700,000 refugees is being accompanied by a well crafted government propaganda to mislead the international community on the severity of the humanitarian crisis.

This is evidence in the regimes narrative that claims the number of internally displaced persons is less than 150,000, and a far lesser figure for the refugees numbers which are swelling on daily basis. Unfortunately for the rogue regime, credible organsiations with the resources to assess the situation are countering their destorted claims on the humanitarian crisis.

With the regime getting more and more frustrated with the resistance and its failure to kill the struggle, despite all the resources being put into fighting the separatist, there’re genuine fears of more wide spread indiscriminate and senseless killings in the weeks and months ahead, except some miraculous intervention occurs that will force the regime to pull back its forces.

The brutal and rogue regime is at the brink of colapse and is only fighting for survival, so to them this conflict is a matter of survival as they are fully aware the conflict has the potentials of bringing about the demise of the regime.

The public is therefore warned to remain vigilant as the weeks and months ahead will be crucial, giving that the fighting is likely to escalate. The restoration forces across the territory are also reported to be reenforcing and upgrading their arsenals, as well as making tactical restructuring in preparations of bigger battles.

The big question on the mind of every right thinking individual is:

“at what point will this regime come to the realisation that they cannot win this senseless war?”

Is the rogue regime aware of how many soldiers are deserting the military to join the restoration forces. Anyway, this for now is a state secret.

It will just be a matter of time before the wind gets strong enough to blow open the filthy anus of the failing regime.