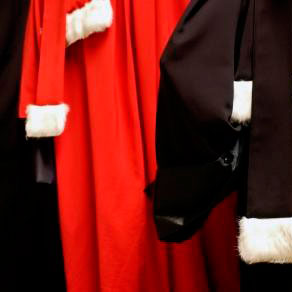 That on June 22, 2018 a complaint with a civil claim was filed against the civil administrator MAMADI MAHAMAT, Divisional Officer of Yaoundé V to the President of the Court of First Instance of Yaoundé-Ekounou office and registered under No. 39 /
CPTI for abuse of function and refusal of a service due;
That the procedure, file N° 18-CI1-MAJ-174, was entrusted to the Chambers of the examining of Mr. FENTCHOU TABOPDA Gabriel, Magistrate;

That an Order fixing deposit dated July 3, 2019 was notified to the victim, Dr. Hilaire KAMGA, on July 4;

That it should be recalled that Mr. MAMADI MAHAMAT has, by abuse of function, banned two public conferences due to organize by Dr. Hilaire T. KAMGA, acting as Cameroonian citizen, and specialist in electoral issues, on the theme: “Elections 2018,
Registration on Electoral Rolls and the Challenge of the Electoral critical mass by Orangisme for a Change in Peace and the Ballot Box” on February 15 and June 13, 2018 in the Hotel Conference Room Felydac, Yaounde, under the fallacious pretext of “threats
of disorder to good order”;

That these insidious arguments of a civil administrator under orders, incapable of applying the lessons learned to the National School of Administration and the Judiciary (ENAM), are only political quibbles which evolved of “threats of disturbance to the public order” to his new finding of “threats of disorder to good order,” without any real
content;

That this attitude of the Divisional Officer is contrary to the spirit of the legislator through Law No. 90/055 of 19 December 1990 establishing the regime of meetings and public events in Cameroon; That this unacceptable feverishness, at the end of the reign, once again demonstrates the arbitrariness and despotism that characterize the Yaoundé regime, as regards the flagrant and permanent violations of the freedoms of meetings and public demonstrations in Cameroon, though framed by the Law N° 96-06 of January 18, 1996 on
CONSTITUTION, the International Covenant on Civil and Political Rights, ratified by Cameroon on June 27, 1984, the African Charter on Human and Peoples’ Rights, ratified by Cameroon on June 20 June 1989;

That this suicidal attitude of a crooked civil administrator has caused enormous damage to the victim, Dr. Hilaire KAMGA, Candidate declared in the presidential election of October 07, 2018 and for whom a fair compensation is inevitable;

That this heavy fault of the D.O. is both delictual and contractual and Articles 1382 and 1383 of the Civil Code are sufficiently clear: “Any fact of any man who causes damage to another, obliges the one by whose fault he He has succeeded in repairing it, “and” Everyone is responsible for the damage he has caused, not only by his own doing, but also by his negligence or imprudence. “;

1. welcomes the diligence of the judicial officers of the Yaoundé-Ekounou Court of First Instance;
2. Strongly recommends absolute neutrality and impartiality in the conduct of this judicial
procedure;
3. Strongly warns any magistrate who would attempt in the context of the said procedure, by whatever maneuver of any kind whatsoever to break the neck to the law;
4. Reassure, as always, the opinion that Mandela Center International will ensure, by all legal means, that Mr. Mamadi Mahamat is answerable to both national and international courts.