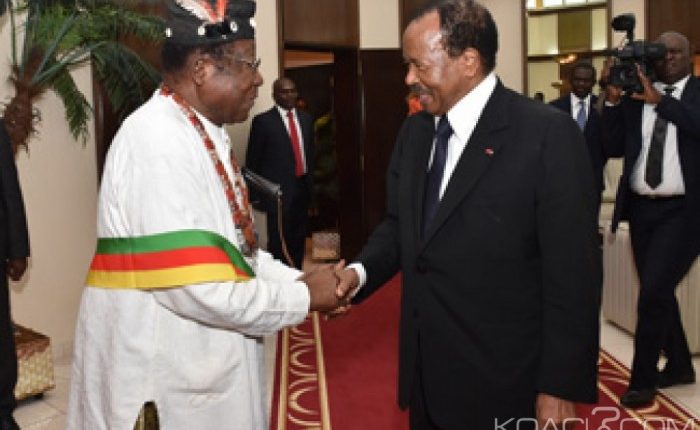 On Avr 4, 2018
0 177
Share
We failed to prevent the armed conflict  seething in Cameroon today, in  Anglophone Cameroon or what was British Southern Cameroons  in colonial times, or West Cameroon during the early years of Cameroon’s history as an “independent” country. We the  Kamerunists, otherwise called the union-nationalists of Cameroon(heirs of the historic UPC  and KNDP/OK that fought for and realized Cameroon’s  independence and reunification through the 1961 plebiscite), failed in our civic-nationalist struggle to kick the French-imposed system of looters and mercenaries ( kleptomaniac fascists per se) out of power  in time to realize the century-old dream of “THE NEW CAMEROON”, and in time to undercut  the heirs of those who were against reunification from saying that  “Look, reunification was a bad idea.”
The truth is that the current government, the Biya regime  and the system or establishment as a whole never cherished  the civic-nationalist goals of reunification and independence that the overwhelming majority of our forebears fought and died for. That is why  the French-imposed system pushed  Anglophone Cameroon to the wall, thereby giving the heirs of those who voted against reunification the upper hand to stand as the champion of the cause for the rights of  the peoples of Anglophone Cameroon (the former West Cameroon or the former British Southern Cameroons before that).
Today, these two  forces (the government/establishment/French-imposed system and the secessionists) that  have always been a minority in Cameroon’s traumatic history are fighting each other, giving each other relevance—one , falsely as the force trying to keep Cameroon together, while the other  sadly as  the force to take Anglophone Cameroon away to a future  that  in reality is Impossible.  Meanwhile, the overwhelming majority of Cameroonians who decry their activities are helpless as they drag Cameroon into abyss, making each other relevant in a fight  that  the powers that be wish for Cameroon and Cameroonians, a people who defied the stereotypes about Africans as a heavily-divided race incapable of tapping into their mutually compatible strengths and opportunities, so as to come together and become a powerful, united, free, prosperous and defensible force. The powers that be would like to say “Look, they are not any different from other Africans. They too are self-destructive; they too are incapable of advancing humanity…the process of their social-engineering is complete; they are fully ready to serve the purpose we had for them…”
The Biya regime, the French-imposed system that has deprived Cameroonians of a say and a voice in charting their destiny  must desist from carrying out another election masquerade until  at least  80% of the voting age  population in all the provinces are registered, until  the process of dialogue and reconciliation  is ongoing and  until the framework of the “New Cameroon” is in place.
The  vision of  a “New Cameroon” that would be the nucleus of the future “United Africa” must not be allowed to  be killed by those who never cherished it, for the sake of our children, for Africa and for humanity. For that to be realized, the Kamerunists (union-nationalists), the country’s civic-nationalists or those who cherish Cameroon the original Cameroonian dream must step forward and  start the process that would confine the Ahidjo-Biya legacies and the French-imposed system to the dustbin of history, ensure that Cameroon does not disintegrate. The process would provide the people with a federal, democratic, representative and just system that would not only ensure prosperity and dignity for all its citizens, but that would realize the objectives of reunification as espoused by those who fought, died, campaigned and voted for Cameroon’s reunification and independence.
Janvier Tchouteu                                                                   April 01, 2018
Continue Reading
Lire aussi:   CAMEROUN: MASSACRE DE BEBES A NGARBUH DANS LE NORD-OUEST:
0 177
Share FacebookTwitterGoogle+ReddItWhatsAppPinterestCourriel