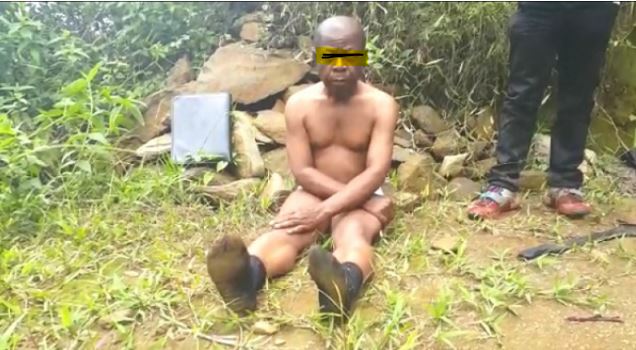 He newly appointed Board Chair of the GCE Board Professor Ivo Leke Tambo, who this morning was leading a delegation to Lebialem in the South West Region to celebrate his appointment and that of Paul Tasong Njukang as Minister Delegate at the Ministry of Economy, Planning and Land Planning and to thank Mr. Biya for trusting them, has been captured alongside a number of people in his delegation by the Ambazonia Defence Force.

Sources say the delegation was leaving Alou to Menji when they met their doom. Mr. Fogap Pierre, former Mayor of Alou, who was accompanying the delegation to Menji, saw the barricades put on the road as trap by the ADF, and went to remove it, when he was shot and wounded.

The military men who were accompanying the delegation ran for lives, abandoning those without arms at the mercy of the secessionists, who had earlier sent a warning bell for the delegation not to enter their zone.

In one of the videos circulating online here attached, we see armed men threatening passengers in a 30 seater bus, whose windscreens have been damaged by bullets, and the driver at gun point, begging that he was innocent, and that he was only doing his job as a transporter.

The second video shows Professor Leke half naked, sitting on the grass and being threatened by his captors, and a voice on the background confirming that the Professor was captured by them.

DR CHRISTOPHER FOMUNYOH : “It is so painful that in the last five years we have…