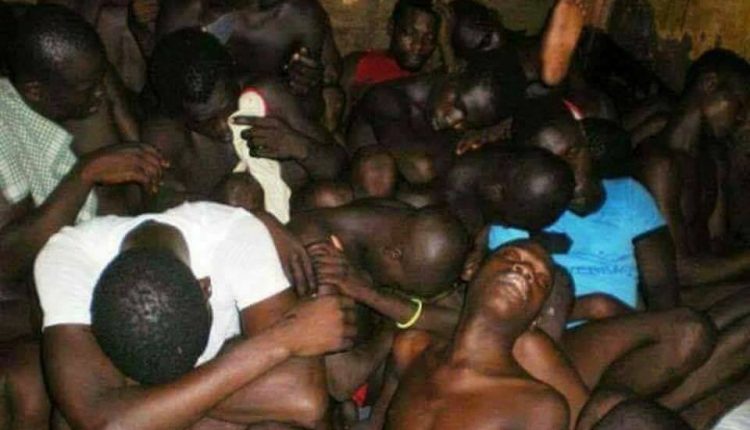 FRANCOPHONES MUST APOLOGIZE TO ANGLOPHONES

As the saying goes, “as you make your bed, so shall you lie on it”. That’s why I would like to start by telling you how I too was educated like many francophones, in condescension and distrust vis-à-vis our anglophone « brothers », first in the family, then in society.I am a son of the Mfoundi and from a blue blood family; a « prince » at that. My family still has a fairly significant real estate legacy in Yaoundé. As a result, my father had many Anglophone tenants (and that’s still the case). In addition, during my childhood we had many « housekeepers » from the Southwest or North-West regions.

Even today, according to francophones, Anglophone girls have a reputation of being perfect babysitters and housekeepers, though underpaid, while Anglophone men are exploited in our plantations and our various economic activities, for a ‘catechist’ salary.

In the neighborhood where I grew up (which is also my village), we used such derogatory terms as « Anglo-fools or anglo-foufou », « Bamenda » etc to refer to Anglophones. « Bamenda » was not used to designate their origin; it was intended to portray them as less-than-human, fools… Example: « you bamenda », « you ‘bamenda’, you are always left », « do you take me for your bamenda?” Etc. these are expressions we sometimes used in a mischievous way and each of us, in all honesty, used them a few times in our life.

Yet, the Anglophones in Yaoundé with whom I relate in various ways, have always had an attitude of respect towards us that sometimes borders on submission. I still remember these « Anglo » dads who, knowing me to be the son of the « Nkùkùma » (Chief), revered me, and would take off their caps before greeting me.

Later during my studies at the University of Yaoundé I, my position as a student delegate gave me a glimpse into the core of the malaise inhabiting my anglophone mates in the university. For instance: exams intended for all the students were often set in French only. I’ll spare you the taunting they received from the tribe-baiting Francophone students and teachers on various occasions and much more.

Professionally, I have not really rubbed shoulders with anglophones except, serendipitously, those who were already pretty well integrated. But I do acknowledge that even at the professional level, they are stigmatized to their core, when I observe, for example, that we make almost no effort to at least communicate with them in English; even worse, when in our town halls, ministries, and other public services in Yaoundé, French is substituted with the local language or bùlù. I admit to having used the code « mbëmbë kiri » several times instead of saying « Bonjour » or « good morning », to be easily and promptly received. However, Yaoundé has ceased to belong solely to the Éwondo since it became the political capital of Cameroon. Now, it should be called, « Ongola-bi-bësë » (the common-Enclosure)!

My departure from my old « beliefs » about anglophones started in March 2015 when, with a group of friends, I went on an excursion to Mount Cameroon, the famous « chariot of the gods ». In Buea especially, I was very impressed by the cleanliness, order and civility in the streets, both from pedestrians and drivers of all types of vehicles. And this, without any police presence. I discovered a people at odds with my assumptions: so affable, welcoming, warm, honest and overflowing with joie de vivre. The Foreigner is almost venerated. The ‘living-together’ that is becoming political among Francophones is atavistic among Anglophones.

This short stay was for me an invaluable lesson in humility, noting that, the other exasperates us when we do not know him. Initially self-centered and so proud of my village in the heart of Yaoundé, I began to question my achievements, having discovered in the Anglophones that we despise in many ways, values ​​that we francophones, have lost. That is why I understood and have strongly supported the struggle for federalism and social justice from the very first day. The marginalization of the Anglophone minority has gone on for too long: let’s be true and conscientious!

Why this unjust « terrorist » label that the political elite, the patriarchy, the bureaucracy, the armed forces, the francophone intelligentsia … want to tag on every anglophone who says NO to the debasement of the lord of Etoudi and his valets and griots?

As far as I’m concerned, the most dangerous terrorism in Cameroon is that of the senile delinquency of its francophone leaders, of which we, Éwondo and Bùlù are the main actors. The fear/panic of losing our privileges and comfort, has anesthetized us to the point of, perhaps unconsciously, transferring our guilt, truncating historical truth. If we indulge in lethargy, laziness, prevarication, mismanagement, stagnation, impunity, especially moral emptiness, to the point of living in denial, let others at least express their exasperation without demonizing them. It is we who are solely responsible for this calamitous situation. Our indifference is cowardly and guilt-ridden. History will judge us.

To defuse this crisis, we francophones, must therefore ask forgiveness from the English, for having mismanaged the social capital of Cameroon since the Reunification to the present, and francophonized the Administration. If it is not too late, let us also amend our disdainful attitude towards the plight and malaise of a minority and left-out people.

It is not the anglophones, but the succession quarrels amongst Francophones over the post-Biya that will finally break the hypothetical ‘peace’ and ‘unity’ that we claim to defend today. In fact, what peace and unity can we talk about, when in the same family, injustice and inequalities are the norm???

DEAR ANGLOPHONES, I APOLOGIZE TO YOU.

BY NYËBË-EDOA
Translated by EDWIN TANGWA