UN slams Nigeria over Cameroon extradition.The UN refugee agency on Thursday criticised Nigeria for breaching international agreements after the leader of a Cameroonian anglophone separatist movement and his supporters were extradited at Yaounde’s request.

The UNHCR said it learned “with great concern” about the case of Sisiku Ayuk Tabe, who was sent back to Cameroon this week with 46 others. They were arrested in Nigeria’s capital, Abuja, on January 5. 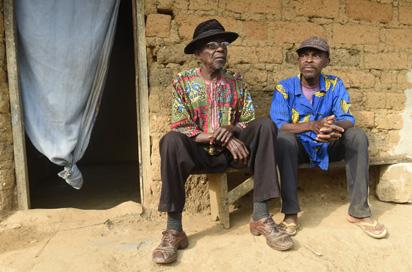 Cameroon has called the 47 “terrorists” and said they would “answer for their crimes”, as tensions mount in the Southwest and Northwest Regions, home to most of the country’s English-speakers. They have complained about decades of economic inequality and social injustice at the hands of the French-speaking majority. Ayuk Tabe wants the two regions to separate from the French-speaking part of the country. On October 1 last year, his movement made a symbolic declaration of independence. The UNHCR said most of the 47 sent back to Cameroon had submitted asylum claims in Nigeria. “Their forcible return is in violation of the principle of non-refoulement, which constitutes the cornerstone of international refugee law,” it said in a statement. Non-refoulement, a French term, is the practice of not forcing refugees or asylum-seekers to go back to a country where they could be persecuted. “The returns were carried out despite UNHCR’s efforts and engagement with the authorities,” the agency said. “UNHCR reminds Nigeria of its obligations under international and Nigerian law, and urges the Nigerian Government to refrain from forcible returns of Cameroonian asylum-seekers back to their country of origin.” Human rights groups have called on Cameroon to ensure those detained get a fair trial and are well-treated. Cameroonian President Paul Biya strongly opposes secession and has flooded both regions with troops, imposed curfews, conducted raids and slapped restrictions on travel. An estimated 30,000 English-speakers have fled Cameroon to Nigeria.