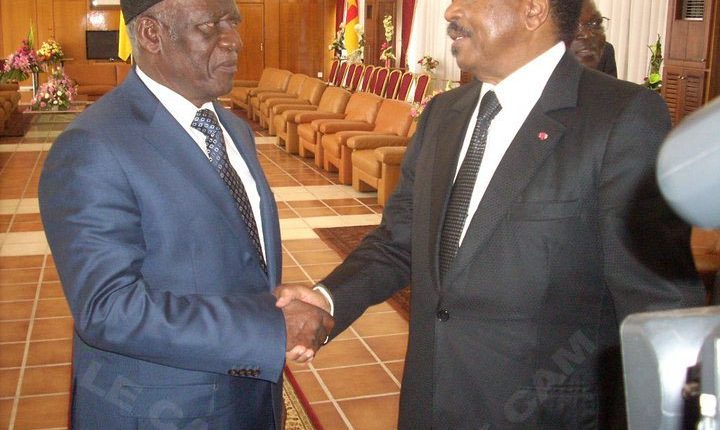 The unending postponement of the party elective convention and its near fruitless boycotts of parliamentary activities may have put the SDF future in doubts. The National Executive Committee, NEC, meeting of the SDF party that held at the residence of party Chairman Ni John Fru Ndi, in Ntarinkon, Bamenda came to the conclusion that the elective convention of the party that has been postponed severally will hopefully hold sometime in February 2018.

Giving the burning Anglophone crisis, NEC also indicted government’s mal-handling of the crisis
that was degenerating by the day. It called on the Biya led government to hasten urgent measures in order to avoid outright war.

Southern Cameroons on October 1, 2017, announced their resignation from parliament. The final release that sanctioned the meeting simply stated that the party

shall be present at the November session of parliament. And when the session convened on Tuesday November 14, to the near surprise of militants and political pundits SDF parliamentarian and senators boycotted the opening ceremonies of both houses.

They argued that government’s cold-feet attitude to the Anglophone crisis was not their taste. They were later to meet the House Speaker for discussions, whose outcome is yet to be made public.

Militants at crossroads
These recent posture of the SDF has made analysts and party militants in particular to ponder on the future of the party. The constant postponement of the revision of the ruling organ of the party seems to be comforting the argument by those who feel that there is a Fru Ndi cluster that has an interest in seeing him perpetuate his stay at the helm of the party. This is the case of Teche Nyamusa aspirant to the post of SDF party Chairman. Others like

Elimbi Lobe of the Littoral

District have simply resigned from the party in protest against the oligarchic status quo.

While the SDF National Executive Committee, NEC, has constantly argued that prevailing crisis in the country does not give them the morale to organize internal elections, the recent position of its lawmakers have now made some to think that it was just a smokescreen argument. Partial measures and partial solutions that have made the party lose its credibility of yesteryears.