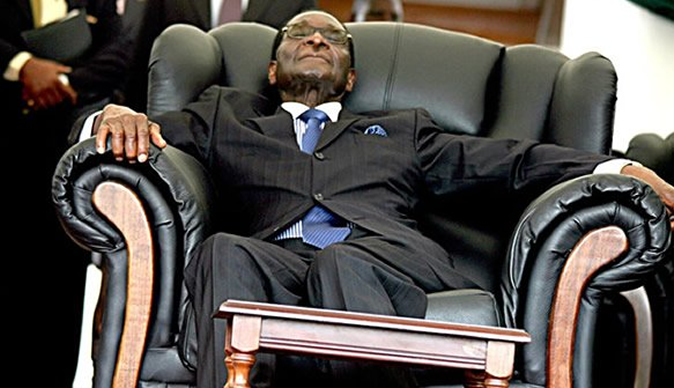 Hours after his resignation, Former president of Zimbabwe, Robert Mugabe is hospitalised after an alleged attempt to poison him through food.
Mugabe’s doctors think he is going to die because he is too old and his intestines are badly affected by the poison.

Grace Mugabe, Zimbabwe’s first Lady claims he was given medicines intravenously but couldn’t rise from his bed.
“He has experienced severe diarrhoea and is unconscious”, She disclosed to local Zimbabwe media.
“I then Called Sakurami to come and see him before he dies. He entered his bedroom but he was hardly able to wakeup from bed. My husband went through food poisoning for sure and now we are going publicly about it ” she added.

However, media has analysed Grace’s report on this differently noting that she did not mention a specific time and date when the incident occurred.

Robert Mugabe Poisoned,Hospitalised After Resignation.”My Husband Is About To Die” Grace Mugabe Cries Out