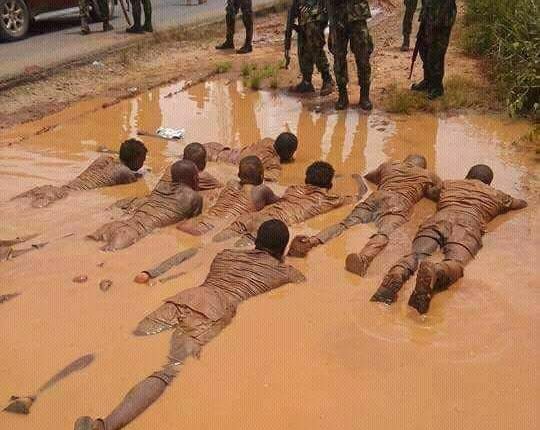 Consequently, apart from their brutalizing and maiming mission in Ambazonia, many of them have also been permanently stationed in strategic areas of the cities and in schools to provide security. In fact, our investigation shows that the Parent Teachers’ Associations of some schools, especially confessional elitist schools pay as much as 150,000francs monthly security fee to these colonial forces stationed in their schools. Despite all these security measures, acts of arson have recently increased in schools across Ambazonia, including these confessional schools, with the colonial forces on campuses appearing helpless.

For instance, just two days ago, the Cameroon News Agency (CNA) reported that the Administrative building (office of the principal and Bursar) of Government Technical High School kumbo was visited by fire around 10 pm.
According to the report, the four security men on guard in the school recounted how some unidentified men arrived the campus and fired three shots in the air to scare them before committing the act. This incident came just a few days after the Government Secondary School Kitiwum, still in Kumbo was also visited by wild flames in the presence of security guards. The inferno is also reported to have ravaged the entire administrative section of the school.

The burning of GTHS Kumbo is the third fire outbreak in one week in three schools in the Northern zone of Ambazonia. The girls dormitory in the heavily militarized PSS Bafut had earlier been ravaged by a wild fire within the week, with the exact cause of the fire still unknown.
With all these acts in schools despite the heavy military stationed in Ambazonia, one is tempted to ask some intriguing questions; 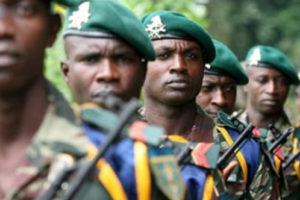 1. Are La Republique’s forces bent on destroying more Ambazonian schools in order to create an atmosphere of fear and get more security jobs from the PTA’s or school authorities? This reporter, in a visit to one of the confessional Borden Schools in Buea within last week overheard the principal quarreling with a Commissioner of Police who was insisting that the principal pays the agreed 150,000francs monthly security fee, even when the principal had on several occasions recorded the police officers on guard sleeping at nights when they are supposed to be up watching over the school and the few students on Campus.
2. Are school administrators conniving with security forces to burn these schools especially the Principals’ offices and Bursaries in order to destroy financial records and then share the monies already collected as registration and school fees? This is because in most schools visited by fire during this Southern Cameroons Crisis, the targets have always been the Principals and Bursars’ offices.
3. Or, is it irate Ambazonians braving the odds and taking unilateral actions to punish those schools trying to open in order to keep the school shut down in Ambazonia continuously effective?

Which ever is the case from the above questions, one thing is clear. The security and psychological atmosphere in Southern Cameroons is not still conducive for schooling; but sone parents seem to be insisting on sending their children to schools. Can’t these children be offered home teaching? Why risk the lives of the children? or have they suddenly believed the narratives of colonial administrators that the Southern Cameroons revolutionary leadership has been deceiving them all these while?.

As we continue to call on parents and the people of Southern Cameroons to keep their children save at home until the security and psychological environment is conducive enough for the children to return to schools, we also challenged the revolutionary leadership to repeatedly reassure the parents and the people on why the school boycott is a necessary evil, why they must hold on to it and most importantly when they expect the boycott to be probably over. These assurances will not only ginger the parents and the people to hold strong in the boycott, but will give them that hope that all their educational loses in the past year have not gone in vain.