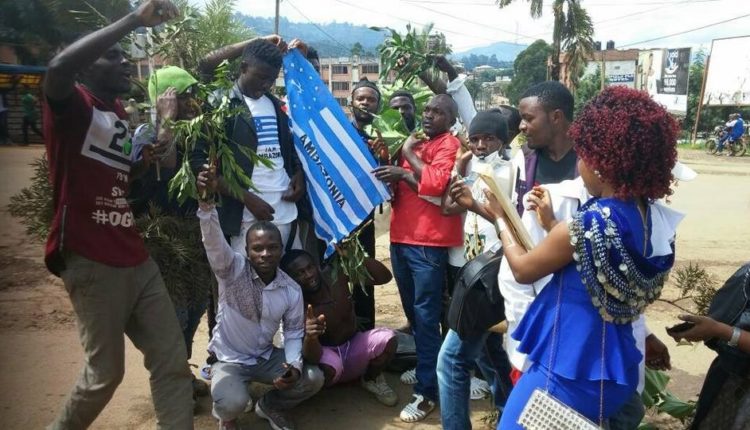 A still image taken from a video shot on October 1, 2017, shows protesters waving Ambazonian flags as they move forward towards barricades and police amid tear gas in the English-speaking city of Bamenda, Cameroon.

A still image taken from a video shot on October 1, 2017, shows protesters waving Ambazonian flags as they move forward towards barricades and police amid tear gas in the English-speaking city o
More than 500 people have been swept up in mass arrests following violent demonstrations in Cameroon’s English-speaking regions earlier this month, Amnesty International said on Friday.

Troops and attack helicopters opened fire on protesters calling for independence at rallies on Oct. 1, killing more than 20 people and escalating a long-simmering conflict with the Francophone-dominated central government.

A central government spokesman was not available for comment on Friday, but authorities have repeatedly denied that soldiers use disproportionate force against protesters.

English-speaking communities in the Northwest and Southwest regions say they suffer economic and social discrimination at the hands of the government of long-time leader President Paul Biya.

Amnesty said in a statement that hundreds of people have been arbitrarily detained since the protests in Buea, the capital of Southwest region, including as many as 100 as they walked to church the following week in the Mile 16 area of the city.

Some have been charged with secession, others with not possessing identity papers, destruction of public property or failing to respect an order by the governor banning protests and other public activities.

“This mass arrest of protesters, most of whom were acting peacefully, is not only a violation of human rights, but is also likely to be counter-productive,” said Ilaria Allegrozzi, Amnesty’s Lake Chad region researcher.

The protests have rallied opposition against Biya, who has ruled for the last 35 years, and given momentum to the more radical separatist activists, some of them armed, among Cameroon’s 5 million English speakers. 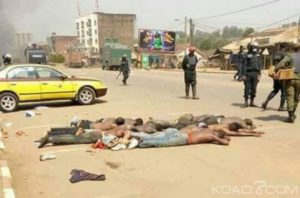 Amnesty also said local prisons have become overcrowded because of the mass arrests, and some wounded protesters have fled hospitals out of fear of arrest.

Cameroon’s linguistic divide is a legacy of World War One, when the League of Nations divided the former German colony of Kamerun between allied French and British victors.