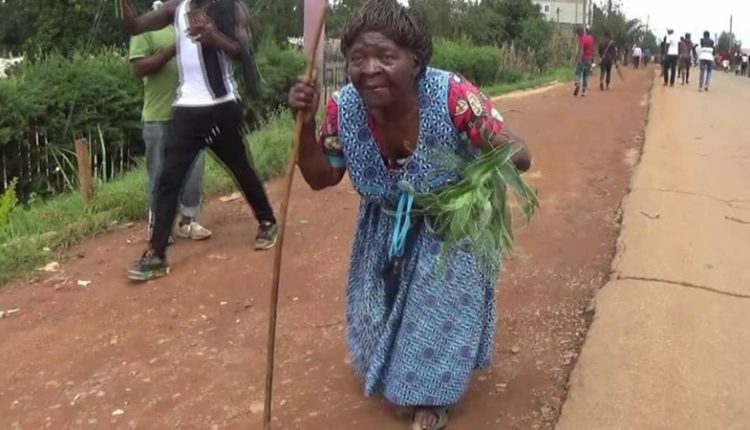 Southern Cameroons should demonstrate without any violence

Yesterday’s article centred on the domestic implications of Paul Biya’s diplomatic fiasco in New York this week, and the resounding international victory of the Southern Cameroons people. The author received numerous responses from respectable commentators for and against Trump’s well calculated diplomatic dummy that left the Cameroon delegation at the UN 72nd General Assembly bemused and confused. 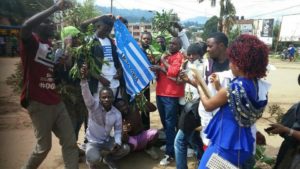 It has been rumoured that Biya’s application to attend a working lunch meeting organised by Trump for African leaders of high regard was instantly rejected by the American President. As to whether these assertions are tall tales, partly true or wholly true cannot be known for certain as conflicting and competing narratives flew from one able flowery pen to yet other inked instruments with more caustic capabilities. However, the author saw a photograph of the Cameroon President together with his fashion conscious-cum-victim wife, Chantal or Chantou dressed to kill; and allegedly emerging from Paul Biya’s Facebook page.

The photograph carried a caption claiming the couple were an invite to a lunch of honour with or by Trump, 19 September 2017. A close examination of the live broadcast by the ABC Television for the African business and working lunch with Trump, and another presentation by the CNN of the same event, appear to contradict these claims since no woman was seen or was visible within the immediate precincts and peripheries of that prestigious international congregation. 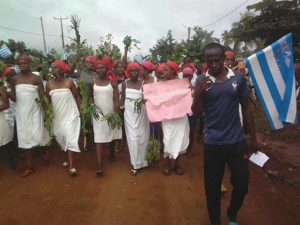 History is easily forgotten when a conceited power believes they have the resources to abuse, kill and oppress an internationally recognised group of people so as to exploit their lands and resources for the sole benefit of that power. It should be pointed out to the anti-democratic forces at play in the Southern Cameroons revolution that the United States of America and the UK voted for the Southern Cameroons independence at the UN General Assembly, 21 April 1961.

If we agree that this monumental event are lodged in the US and UK archives, then it is only obvious to expect a well-meaning American President to resurrect the past and stand with what the American people supported 56 years ago. This evidential postulate was fully supported and validated when the Lowell City Council in America voted to recognise Southern Cameroons independence in July 2017.

Many have written; castigating Trump as not supporting black people’s rights in America, and therefore, has little or no moral standing in pontificating in the affairs of Cameroon or any African nation for that matter. The author finds such accusations to be an illogic growing out of misinterpretations of events of epic proportions. To be faced with a fresh socio-political challenge on the domestic front is not exactly the same as having historical injustice and Apartheid standing in your face. Whilst America has been slow in arresting attacks on African Americans, the audience must be reminded that these attacks escalated and mounted during the times of Obama, perhaps on the motive that he himself was black African in origin. It follows that a problem that began years ago, and which threatened to escalate in a different guise today, cannot be wholly laid on the door steps of a new resident, thus.

That said, and returning to the main theme, it was Master Sun, the celebrated ancient Chinese author attributed to have coded the “Art of War”, who defined the means and ways by which a giant-slaying battle can be conclusively won without firing a shot. Borrowing from the long-gone sage, one can improvise that an impetus can be extracted from a foreign power of good will to apply her means and ways to leverage a wronged people who have harmed no one but are in danger of being wiped out by forces of evil and envy. In this case, and pointing to the Southern Cameroons, a judiciously supportive approach by the victim is compulsory, and should be re-enforced until total victory is inflicted on the oppressive francophone regime bent on destruction. 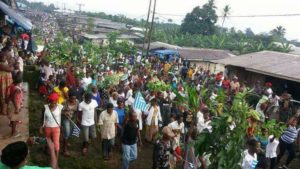 This method, therefore, should include a massive civil disobedience at home and a sustained diplomatic pressure abroad. If the Biya regime has no ears to hear, then the consequences of intransigence and violations of human rights may be terrifying since:

1. The continuous abuses of civil liberties may necessitate that Cameroon is suspended or kicked out of the Commonwealth for without its association with a federated Southern Cameroons, Cameroon has no standing to be a member of that organisation.

2. Southern Cameroons may be offered an observer status or a permanent seat at the United Nations Organisation and the African Union with all immediacies.

3. Cameroon may face diplomatic and economic sanctions from the international community including industrial powers such as the UK, USA, Canada and Germany; and African giants: Nigeria and South Africa together with sympathetic Asian and South American nations. The combined resources of France-Afrique and France do not have the weight to counterbalance such a swift and punitive action.

4. A travel ban can be placed on Cameroon’s top political leaders or their movements severely restricted since their presence in foreign nations may be perceived as a threat to peace, and that they may be seen as an unwanted embarrassment to the host nations.

5. A direct international intervention can happen in Southern Cameroons, and that Cameroon leaders are prosecuted at The Hague for crimes against humanity, and for executing an act of aggression against an unarmed peaceful people recognised by the international community complete with international boundaries.
I understand that the Cameroon leadership mentality appears to be cocooned into believing that the above measures are impossible from outside. 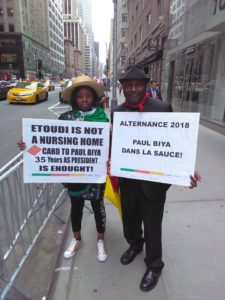 The author emphasises that these measures are most likely as they have precedents in their applications in similar circumstances. The author has been brought to the knowledge that there are demonstrations, today, in New York by Southern Cameroonians and that the entire Southern Cameroons people will demonstrate today in Southern Cameroons. It is hoped that this will be peaceful and that every participant and activist should demonstrate without any violence. In that manner, you will win the hearts of the good people of the world thus defeating the oppressor and enemy without ever engaging in total physical combat.