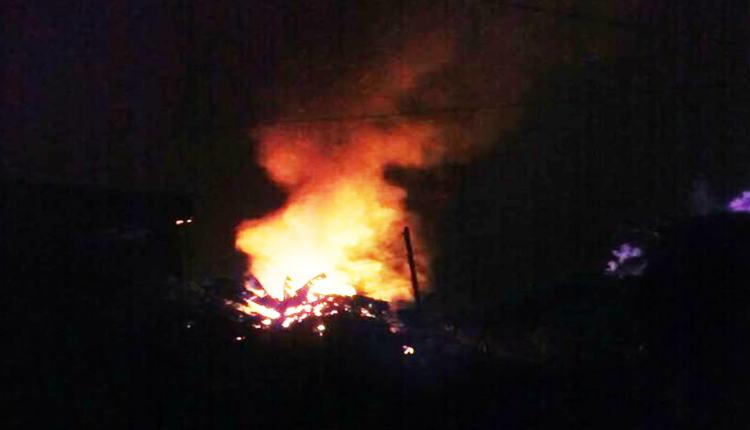 Reports reaching the Cameroon Journal say a bomb explosion meant to wreck the Bamenda Congress Hall was averted by elements of the BIR Saturday night, September 16. We have been able to confirm that the attacks were sponsored by the Ambazonia Defense Forces ADF, a defense arm of the Ambazonia Governing Council of Cho Ayaba.

The incident was aborted at around midnight, after one of the suspects is said to have been caught by the police transporting the rest of the equipment, including detonating gadgets, to the Congress Hall venue. Inside the speakers we learned, were planted explosives meant to be remotely detonated had all arrived the venue. Images made available to The Cameroon Journal, but which we cannot publish at the moment, show a bunch of 5-6ft Public Address loud speakers inside the Bamenda Congress Hall, with a note on a piece of white paper stating that the audio equipment belongs to the CIC (Commander-in-Chief) of the Ambazonia Governing Council as interpreted by a source within the ADC. The ‘CIC’ appellation was meant to make believe that it stands for the DJ or whoever was to operate the equipment.

Other than insisting that their target was to blow-up the Congress Hall which houses LRC soldiers, the ADF did not immediately disclose how they got access into the Congress Hall. Some of the equipment was already there and the

Famous Texaco Gas station at the Hospital Roundabout – people observed here watching the direction of the explosion.
plot was aborted only when the last shipment of equipment was intercepted through random police stop and check.

The Cameroon Journal gathered that the ADF agent transporting the shipment was arrested. He, however, escaped after a gun fight ensued during which he shot two Police Officers. The two officers are said to have died from the gunshots.

In a similar incident around the Bamenda Hospital Roundabout, a bomb which the ADF is also claiming responsibility for, exploded, sending gov’t agents who were on a mission in the vicinity running for their lives. In a statement forwarded to the Cameroon Journal the ADF said; “The Special Intelligence Unit of the Ambazonia Defense Forces (ADF) intercepted a communication between forces of La Republique du Cameroun. This communication revealed a mission by the forces of Cameroun to arrest two family members of one high value Ambazonian currently under abduction and detention in the dungeons of Yaoundé.”

The statement adds that Cho Ayaba, whom the ADF refers to as the Commander-in-Chief CIC, was consulted and he gave the forces the go ahead to disrupt the plan arrest of the family by Cameroun agents. “The Delta Forces of the ADF quickly secured and moved the targeted Ambazonians to a safe location. In this operation, the ADF utilized appropriate deviation tactics at the hospital roundabout area,” by detonating a bomb.

“During this operation,” the statement continues, “the ADF was attacked by the forces of Cameroun. The Ambazonian

Defense Forces suffered no casualty. Cameroun is fully responsible for her casualties resulting from self-defense actions of the ADF, and she is called upon once more to stop all attempts to abduct Ambazonians, and to evacuate the Ambazonian territory.”

At press time, we gathered that the BIR was called in to dismantle the unexploded explosives at the Congress Hall. Security elements of La Republique du Cameroun surrounded the Congress Hall, as efforts to determine the strength and source of the explosives continue.

It is important to note that of late, the Bamenda Congress Hall has virtually been transformed to a military camp. It is host to the hundreds, if not thousands of military and para-military officers deployed to Bamenda as a proactive measure by the Cameroun Gov’t to impede the much anticipated October 1st Independence manifestations in the Northwest and Southwest regions – two English Speaking regions of Cameroon that want to breakaway. We will do a follow-up of this story as we get further developments.