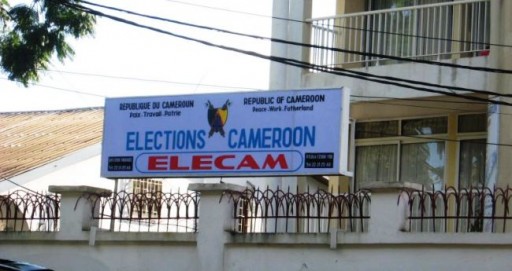 According to some indiscretions, the latter would have had great difficulty in validating the management account of the 2016 exercise by an electoral council whose mandate had already been declared invalid and therefore illegal. But the real problem facing Elecam is that of controlling the management of public resources put at its disposal. According to consistent internal sources, since the establishment of its organs, Elecam has never been subject to control by competent State departments as provided for in the legislative framework of the body in charge of the process. election in Cameroon.
The law of 29 December 2006 establishing, organizing and operating Elecam is however too clear in its article 27 that states that “The resources of Elections Cameroon are public funds, managed in accordance with the rules of public accounting.” The law on the Electoral Code in its Article 39 states that “Elecam is subject to an annual financial audit by the competent State services”. Unfortunately, this structure operates as if it were exempt from visits by inspectors of the Supreme State Control or even agents of the National Anti-Corruption Commission (Conac) whose president, Dieudonné Massi Gams is also a member of the Electoral Council. Should we then understand that the Elecam management account, which is transmitted every year,
so clear that even a simple routine check is not worth it? Yet the reason for control at Elecam is not lacking. It is about 12 billion CFA francs of public funds that are allocated to this structure each year, but the State services prefer to go to carry out endless control missions and with a big reinforcement of advertising, in structures which receive much less . It will be remembered that the DGE and the EC were torn at one time for the management
the special endowment allocated to the latter, which the CEO wanted to manage as he pleased. The President of the Republic had to decide by entrusting the management of this endowment to the Deputy Director General. “I have the honor to request you to appoint the Deputy Director General of Elecam, as delegated authorizing officer for the management of the
Elecam EC, in accordance with the relevant provisions of the legislation in force. For this purpose, you would like to give me an urgent account of your diligence for the high and complete information of the Head of State, “writes Ferdinand Ngoh Ngoh, Secretary General of the Presidency of the Republic in a letter signed on May 30 2013 and addressed to Mohaman Sani Tanimou, DGE at the material time. With the arrival of Abdoulaye Babalé, the situation has hardly changed. “It’s even more serious, he manages Elecam as his shop. He is the one who sets the priorities and when does he have to release money for who he wants. Even the gratuities are paid in a discriminatory way between the staff of the EC and that of the DGE, “says a reliable source. For years, many voices rose to denounce the repeated crises between the EC and the DGE, based essentially on money issues. But until the state services have never found the slightest excuse to control the management of public funds made available to Elecam.
Célestin T. Mbakop