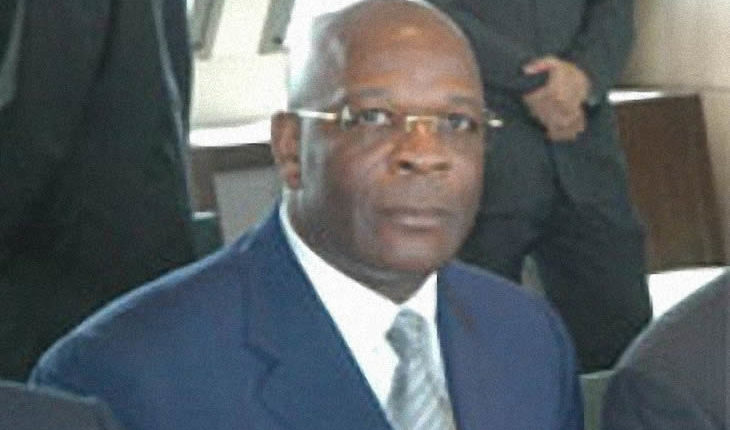 The assassination of Polycarpe Abah Abah proposed by the Directorate of Military Intelligence (Drm) to the Head of State, Paul Biya, to one year of the presidential election of October 9, 2011, would it turned into political-judicial assassination? This is undoubtedly what suggests the confidential note N ° 007108 / CAM / PR / NC of September 4, 2010 relayed by the issue No. 109 of Cameroonian biweekly Germinal of August 8, 2017.

According to this note from the Drm, the former Director of Taxes and former Minister of Economy and Finance is among the 12 high officials of the state “to kill at all costs,” reads the note. The Drm reveals in this intelligence note that these are personalities suspected of underground maneuvers in view of the conquest of the supreme power in prospect of the presidential election of 2011.

Another famous political detainee, former Minister of Territorial Administration and Decentralization, Marafa Hamidou Yaya, is also on the list of senior state clerks to be physically eliminated. The former Director of Taxes collapses under the weight of two convictions to 25 and 20 years in prison for financial malpractice and 6 years in prison for “attempted escape aggravated.”

Polycarpe Abah Abah is currently at the center of a trial in both parts of the so-called CRTV case (public radio and television Cameroon). The former head of the Taxes is accused in both of them of having diverted hundreds of millions of CFA francs representing the base fees and recovery of the audiovisual license (Rav). According to the Prosecutor’s Office of the Special Criminal Court, Polycarpe Abah Abah signed a memorandum of understanding with Crtv’s General Manager Gervais Mendo Ze for the transfer of 10% of the Rav to a private account (belonging to the mutual insurance company Tax staff).

G11
A Cameroonian weekly announcing Abah Abah (middle photo) as a member of the G11, a group of young senior government clerics who planned to take power in 2011

A complaint from Abah Abah against counterfeiters

At the hearings of August 10 and 11, Polycarpe Abah Abah explained that he had not ordered any transfer before his departure from the Tax Department on December 8, 2004. He indicated the account in question is not an account private but that of the direction of Taxes. The account in question is contained in a letter to the head of the Crtv from the Acting Head of the Large Business Division of the Tax Department on August 9, 2004.

The account in question, he said, was hectic only after his departure from the Tax Department. And the money that was debited was used to pay the temporary staff and service providers of the Tax Department. The former minister pledged legal action against the perpetrators for what he considered a false memorandum of understanding that the prosecution used to prosecute him.